The Brownlow Medal, awarded to the best and fairest player in the AFL home and away season, has developed into a popular event to bet on. Punters from around Australia wager on everything from who will lead a certain team’s vote count, to top three and of course the overall winner.

The Brownlow Medal was named after respected Geelong administrator Charles Brownlow, with it awarded for the first time in 1924, the year following his death. Despite ‘Chas’ failing to reach great heights as a player, his name will forever be linked to the top individual award in the AFL.

How does voting work for the Brownlow Medal? 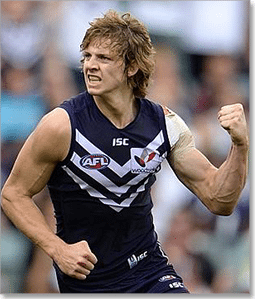 Brownlow Medal voting is conducted by field umpires, with the votes tallied and lodged immediately after each home-and-away match. The voting system works in the form of a three, two and one structure.

Three votes are awarded to the player the umpires deems to have been the best on the ground, two votes for the second best player and one vote for the third best player on the day.

From 1930, a countback system was used if two or more players tied for the most votes over a season, with the winner decided by who had the most “three vote” games.

In 1980 the countback system was discarded, and the current system – which sees any players joint at the top of the medal voting tally all awarded the medal – still stands today.

A player suspended throughout the season is deemed ineligible to win the award, even if they top the leader board at the conclusion of the count.

The Brownlow Medal presentation – traditionally held on the Monday night before the Grand Final – is considered the AFL’s ‘night of nights’ with stunning red carpet entrances and thrilling vote counts the order of the night.

The first ever winner of the Brownlow Medal was Geelong star Edward “Carji” Greeves.

As of 2015, only two teams have never had a player win a Brownlow Medal at their club – the GWS Giants and the Port Adelaide Power.

Types of bets on the Brownlow Medal

Given this is one of the premier awards in the AFL industry, bookmakers always ensure they have plenty of markets to keep punters interested in the Brownlow Medal count. If you are looking to wager a bet on the Brownlow but are not sure how to go about it, look no further – we have got you covered.

Place betting: Major betting outlets allow punters to place bets on whether players will finish inside the top three, top five and the top 10.

Team betting: Team betting can be wagering money on who will be the top vote accumulator for their team or which team will amass the most votes on the night.

Novelty markets: At the completion of the season institutions open markets that keeps the Brownlow medal count fun.

Whether it is if a certain player will poll a vote on the night or if the Brownlow Medal favourite will singlehandedly defeat the wooden spoon team; online bookmakers know how to inject some frivolity into the medal count.

Tips for betting on the Brownlow

With media coverage of the Brownlow Medal at an all-time high there has not been a better time to wager on who will take home Charlie. Every game is televised, there are various media awards, coaches awards, commentators awards and others which provide an indicator of who will poll well come Brownlow night. Many people will even keep notes on games where they think a player has polled well, while an easy cheat is to use the Brownlow guide in a newspaper like www.HeraldSun.com.au.

The Brownlow Medal – The midfielder’s award: The Brownlow Medal has always affectionately been known as the ‘midfielders’ award’ due to the high total of onball players who take home Charlie. A key position player every year is hyped as the man to end the midfield reign of terror as the Brownlow medallist but only three times in the period between 1987 and 2015 has there been a player outside of the pure midfield mould that has won the medal. Forget the key position hype, it is going to take a season of rare magnificence to take the award away from the midfielders.

Team success does not always correlate with Brownlow glory: Teams with multiple good players share votes throughout the year, whereas squads with only one or two standout performers tend to accumulate more votes as the year progresses. This is evidenced by the fact that in the period between 2003-2015 only five Brownlow Medal winners have come from the teams playing off in the Grand Final of that year. Furthermore, only twice between 2010 and 2015 has the Brownlow Medallist played in the finals in their respective winning year.

Back-to-back winners? Don’t bet on it: Typically the winner of the Brownlow Medal gets installed as the favourite for the following year’s count with all the bookmakers. Looking back through history, going back-to-back in the Brownlow is a harder feat than you would think. In the period between 1973 and 2015 only once has a player topped the count two years running. Even if a particular player has had a dominant year and looks set to repeat the dose, it is always hard to replicate the brilliance, no matter how good you are.

On Brownlow Medal night emotions have run high. There have been surprises. There has been ties and there has been controversy among a stack of other things. Who can forget Shane Crawford’s tearful acceptance speech, or the 2003 medal when Pies, Crows and Sydney stars’ Nathan Buckley, Mark Ricciuto and Adam Goodes tied, or the shock of vanilla midfielder Shane Woewodin winning Chas a few years earlier.

When best isn’t always fairest: Due to the ‘fairest’ stipulation, the Brownlow medal always has the danger of allowing a particular player to poll the most votes even though they are ineligible to win the award. Two players in the history of the game have topped the count while being ineligible. North Melbourne’s Corey McKernan would have been a joint winner with Essendon’s James Hird and Brisbane’s Michael Voss in 1996. Western Bulldogs captain Chris Grant topped the Brownlow count outright in 1997, but the medal was awarded to St Kilda’s Robert Harvey, despite receiving one vote less than Grant.

Multiple Brownlow winners: Fourteen players in the history of the game have won more than one Brownlow medal, with Fitzroy champ Haydn Bunton Snr topping a list of four players with three top gongs.

Three-time winners of the Brownlow Medal:

Two-time winners of the Brownlow Medal:

The Brownlow Medal will have markets released for the following year just hours after it is awarded for the current season. As one of the most prestigious awards in the AFL understandably the bookies want a slice of the action and offer plenty of different markets.

Gamble.com.au proudly endorses only bookmakers licensed and regulated in Australia, with our updated list as of 2016 featuring these bookies: