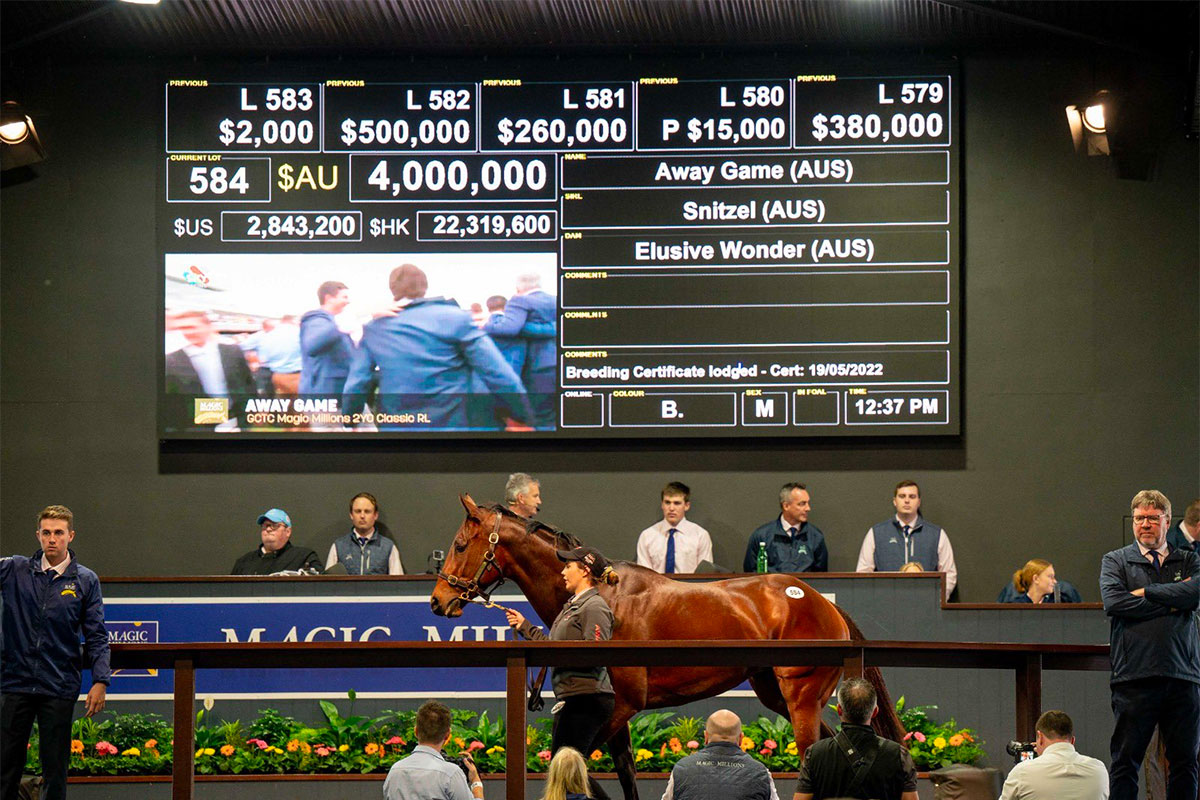 Two star mares – Away Game and Tofane – have sold for top dollar on Day 1 of the 2022 Gold Coast Magic Millions National Broodmare Sale, with Yulong Investments purchasing the pair.

Tofane, a four-time Group 1 winner, was purchased for $3.1 million early on in the day, before Away Game stole the stage at 12:37pm AEST, with the hammer dropping at a neat $4 million.

This time last year, Michael Moroney’s Tofane only had one Group 1 win to her name, but following an eye-catching runner-up performance in the Group 3 BRC Sprint (1350m) at Doomben, the daughter of Ocean Park made it back-to-back Group 1 victories in Brisbane, winning the Stradbroke Handicap (1400m) and Tatts Tiara (1400m).

She returned to Victoria in the spring and couldn’t quite reach the heights she did in Queensland, before bouncing back to her best in the C.F. Orr Stakes (1400m) at Caulfield in early 2022.

Having won the 2020 All Aged Stakes (1400m), Tofane nearly added that race to her CV once again in 2022 in her racing swansong, but she had to settle for second place after a late charge by Cascadian.

Unlike Tofane, Away Game never tasted victory at the highest level, but her record speaks for itself.

The Ciaron Maher & David Eustace-trained four-year-old will have another chance to add that exclusive Group 1 title to her resume on Saturday, when she will contest the Kingsford Smith Cup (1300m) at Eagle Farm.

The daughter of Snitzel has won over $3.7 million on the racetrack, thanks in large part to her Gold Coast Magic Millions 2YO Classic success in 2020, while she has also placed three times at Group 1 horse racing level in the Golden Slipper (1200m), Oakleigh Plate (1100m) and Robert Sangster Stakes (1200m).

Away Game will have to overcome a wide gate on Saturday, as she jumps from barrier 18 under John Allen in the $700,000 sprint.

The Australian Champion 2YO Filly of her season is currently a $17 chance with Australian betting sites.