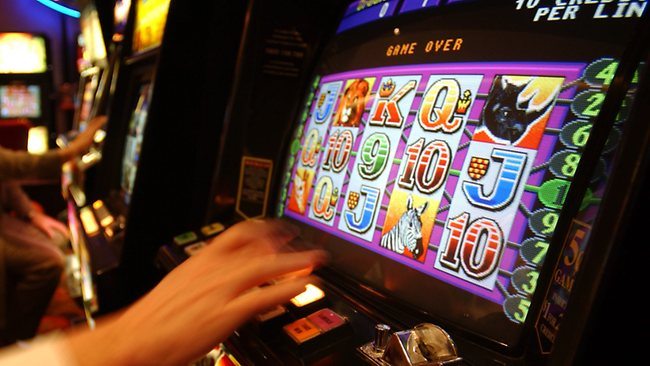 THE saga over Western Australia’s potential TAB privatisation continues with a political stoush over whether or not electronic gaming machine rights will be included in the sale.

Last week, Western Australia’s Racing and Gaming Minister came under fire for suggesting pokies could be part of the massive deal that would help reduce the state’s crippling debt.

A day later, the Nationals tabled information in State Parliament that contradicted his claims.

Crown Casino is the only entity permitted to operate gaming machines in the state.

But Minster Colin Holt floated the potential idea of more gaming licenses as part of the TAB sale.

“I think what we’re saying here is any potential buyer, who may be operating in other states and have that ability, might want to come to Government with a proposal that does that,” Holt said.

“And when that proposal comes we need to consider whatever they’re proposing in terms of what the outcomes are for us as a community.

“And also what it delivers for the industry on the back of a potential sale.”

That sparked fears among back benchers, welfare groups and anti-gambling advocates that country pubs and clubs would be swamped with poker machines and the move could create “mini casinos” in the state.

Liberal MP Murray Cowper, who opposes the sale, said the majority of industry stakeholders did not want the sale to go ahead.

“He’s got a select group that he’s listening to. But the vast majority overwhelmingly do not want to see the sale of the TAB,” Cowper said.

“And they certainly don’t want to see any sweeteners of running some sort of gaming machines and having these mini-casinos all over Western Australia.

“I’m wondering whether or not the National Party have given the Minister, for the South West by the way, the imprimatur to go out and negotiate on behalf of Government to sell off the TAB, and in part of the deal as a sweetener, bring in pokie machines.

Tatts Group and Tabcorp have shown interest in the purchase, but the Premier says it will be without poke rights attached. And they can forget syndicated games like Keno and Trackside as well – at least that’s what he is telling people.

“No, we’re not proposing to do that,” Barnett said.

“The Government, and I as Premier, we are not considering that but I just make the point that the racing industry itself have advocated poker machines in racing clubs.

“That’s not going to happen.

After all that, though, Nationals Leader Terry Redman got up in question time and said Crown had already been approached by Holt on the potential instatement of Keno.

“The Minister has had a preliminary discussion with representatives of Crown Casino regarding Crown’s position,” Redman said.

“The Minister and Crown agreed to have further discussions if this matter progresses.

“Any amendment to the casino state agreement must be agreed to by the casino and the casino licensee.”

The plans have been sparked by pressure from the racing industry, which continues to suffer from a lack of funding due to lower crowd numbers.

“The racing industry has advocated for the expansion of these products into TAB agencies to help support the West Australian racing industry,” Redman said.

“The Minister of Racing and Gaming is considering the views of the racing industry but any decision would require Cabinet approval.”

Mr Barnett agreed the state’s racing industry was in need of a boost, but used that to champion the sale of the TAB.

“There’s a need for new investment into racing facilities because people aren’t going to the races like they used to,” he said.

“And there’s only one potential source of funds for the racing industry and that will be through the sale of the TAB.”

Western Australia has traditionally been a difficult gambling market to break into and the current government has espoused a staunch anti-gaming philosophy in the past.

But it appears they are preparing to yield somewhat on that, with Barnett also floating the potential for cruise boats to allow gaming on board.

“The one exception that we are working on is to allow cruise boats to operate their small casinos when they are cruising along the West Australian coast,” he said.

The sale of the TAB would be part of a wider asset sales program that the government hopes will help it bridge a budget deficit that is forecast to grow to almost $4 billion in 2016-17 and a whopping $40 billion by 2020.

But the state has only completed one sale in the past two years – for just $135 million.

“Our debt is manageable,” Barnett said in May.

“It’s not out of control.

“And you’ll see that we’ve actually had some success in reducing debt over the past 12 months.

“But it is higher than it should be.”