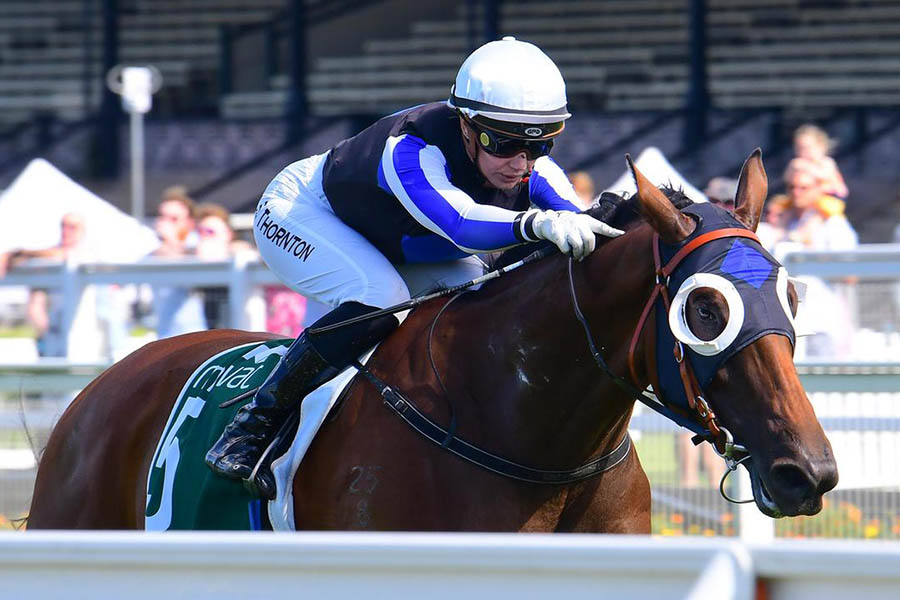 The final field and barriers have been announced for Saturday’s Group 1 Queensland Oaks (2200m), with a capacity field of 18 plus five emergencies assembled for the three-year-old fillies staying classic at Eagle Farm.

Pre-draw favourite Gypsy Goddess has drawn poorly, with the Australian Oaks (2400m) runner-up set to jump from barrier 22 (17 after scratchings) in the $700,000 event under William Pike, while Charity Spirit (12th in the Australian Oaks) will jump from the outside barrier.

Beating Gypsy Goddess a month ago in the Gold Coast Bracelet was Dynasties from the in-form Peter & Paul Snowden camp will be reunited with James McDonald, with the filly by Sebring having to jump from gate 15.

McDonald has opted to hop off the Chris Waller-trained Smirk, who he rode to a third-place finish in Saturday’s The Roses (2100m) at Eagle Farm, finishing less than half a length off Barb Raider and Belle Savoir. Smirk will jump alongside Dynasties in gate 16.

Barb Raider, who relished the Eagle Farm straight, has come up with barrier 11, while Belle Savoir will need to overcome barrier 17 if she is to go one better than last Saturday’s effort.

Of the market fancies, Caroline Jennings’ Aravene has drawn brilliantly in gate six, with Brett Prebble to ride the last-start Sydney winner.

Trent Busuttin & Natalie Young will be looking for similar fortunes with their filly Glint Of Hope, who is looking to win back-to-back Oaks titles having claimed the Australasian Oaks (2000m) at her most recent outing in Adelaide.

The daughter of Deep Impact will jump from barrier 14, with Daniel Moor to ride.

Looking to repeat what Duais did 12 months ago and win the Queensland Oaks off a freshen following the Australian Oaks is James Cummings’ Honeycreeper (20), who won the same race as Duais – the Adrian Knox Stakes – as her final lead up to the ATC Oaks.

The similarities don’t end there. Hugh Bowman rode Duais to victory in this race last year for Edward Cummings – brother of James – and he will be in the saddle on Saturday aboard Honeycreeper.

Gypsy Goddess won’t be the only local in the race, with Steven O’Dea & Matthew Hoysted saddling up Teranga, who has drawn well in barrier seven.

Having won two of her four starts, the Sebring filly will be aiming to go one better than what she did last start in the Listed Princess Stakes (1640m) at Doomben when beaten by her stablemate Canadian Dancer.

Should Teranga salute on Saturday, she would be following in the footsteps of her dam, Tinto, who won the Queensland Oaks in 2014.

The start time for the Queensland Oaks will be released on Wednesday morning when the remainder of the Eagle Farm card is released.